As the saying goes, an apple a day is suppose to keep the doctor a day. So why not take that apple and make it into a cake or a series of cupcakes. I turned to my trusty cookbook from King Arthur Flour to try out their single bowl Apple Cake recipe (not featured on their site).

This recipe contains over 4 cups of apple pieces. It even has walnuts and crystalized ginger to compliment the sweet apple pieces. The only difference between the cupcake and cake version was that the apple, ginger, and nuts to smaller pieces about 3 cm in size. 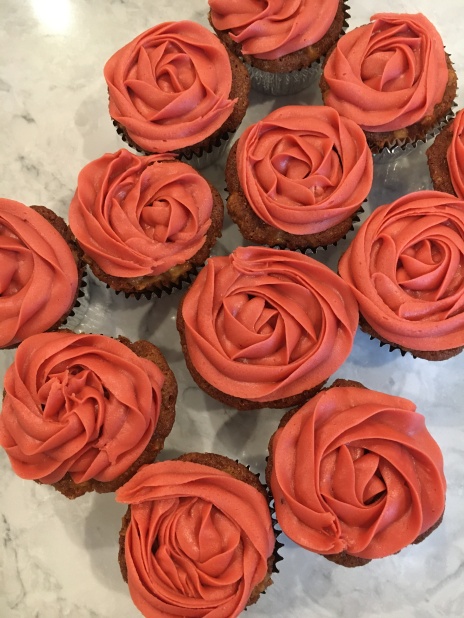 I loved that this was an easy one bowl recipe, but almost made too much batter for my standard sized mixer. So watch the batter carefully when mixing in case you run into the same issue.

This recipe went over well with friends and family alike. I actually wouldn’t change a single piece of this recipe. It was a 10 out of 10.